The idea for this project began in 2006 when my son, Lucas was born. With calm abiding he arrived in my arms with a golden halo and cherry lips. As he lay in his bassinet the night of his birth, I noticed his fingers interlaced at his chest in prayer. Captured in a photograph, I could ruminate on this passing gesture as a reflection of his innate qualities and validation of his angelic nature. My treasure folded his hands instinctively in a way that matched the peacefulness of his appearance in every way, but perhaps more importantly, it reminded me of the perfect yet passing sense of alignment I felt in his presence. 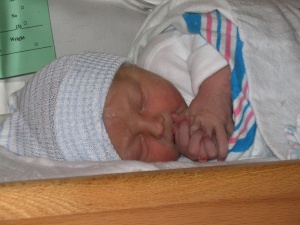 Years later I recall this image as I sort through photographs of children at work and play, training their fingers and minds to place, clean and carry objects in a careful way. Their level of attention and awareness is so acute that they too communicate a feeling of alignment and peace. It became apparent to me how these deliberate, focused actions embody a primary tenet of Vinyasa yoga.

The rhythm of vinyasa yoga can be divided into three parts: rising, abiding and dissolving. That is, the practice of doing a yoga (asana) pose is not to simply do the pose but rather to be aware of getting into the pose, being in the pose and getting out of the pose, and subsequent transition to another pose. Of course, all of this is a “doing” but without leaving an inattentive gap between the doing of one thing, and the doing of another — or doing something without being aware of what you are doing at all. In terms of the children, their work is not about doing or completing the task so much as it is about the awareness and attention brought to the task, and the moments between tasks (which are tasks in and of themselves). Choosing their materials, working with the materials and putting them away, moving to the next task.

Similarly, digital photography and the carefully constructed images they embody, map onto the concept of vinyasa or placing in a careful way. Photos arise through the careful framing and observation of subjects, objects and space. They abide in the exposure, or the representation of light in the captured still image. And they dissolve in the continuity of time and transition to the next moment, observation or image.

This photo essay explores the concept of vinyasa — or placing in a careful way. It speaks of awareness, alignment and the dynamism of time and observation.  It is focused on the children at ThistleWaithe Learning Center, but also explores other subjects and objects that communicate a similar sense of vinyasa. Importantly, each image embodies aspects of rising, abiding and dissolving through the careful development of a process oriented image.